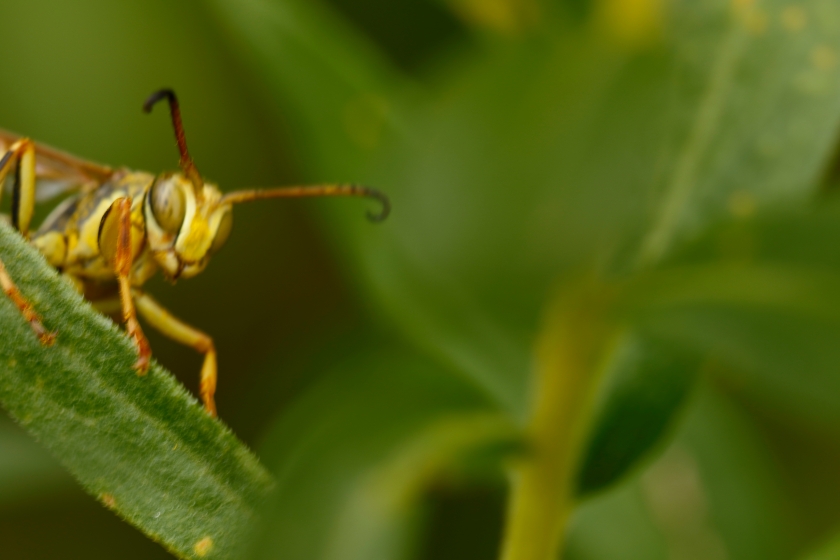 The Hyatt Centric Fisherman’s Wharf in San Francisco is an elegant hotel, that Cricket and I rarely visit when staying on the west coast.  However, on one occasion, we found ourselves lounging around the pool when all hell broke out in the hotel’s restaurant.

The entire kitchen staff was attacked by a swarm of insects. The staff made it out of the kitchen with assorted bites, bruises, and stings.

The subsequent investigation revealed the ring leader of the insects, pictured above, is a leading activist who organizes attacks on establishments which feature insects on their menus.

Now on the FBI’s ten most wanted insect list, this guy is believed to be on the run somewhere near Beaver Falls, Pennsylvania.

The girls field hockey team in Annapolis Valley, Nova Scotia Canada have adopted this insect as the team mascot.

The team, known as the A.V. Insects, have a tradition of releasing a swarm of various insects before each Friday night game. Although the swarm is encouraged to not directly contact the opposing team, things have been known to get out of hand.

Sapphire snapped this photo after being stung by one of these critters…presumably because she was dressed somewhat like a Truro Turkey.