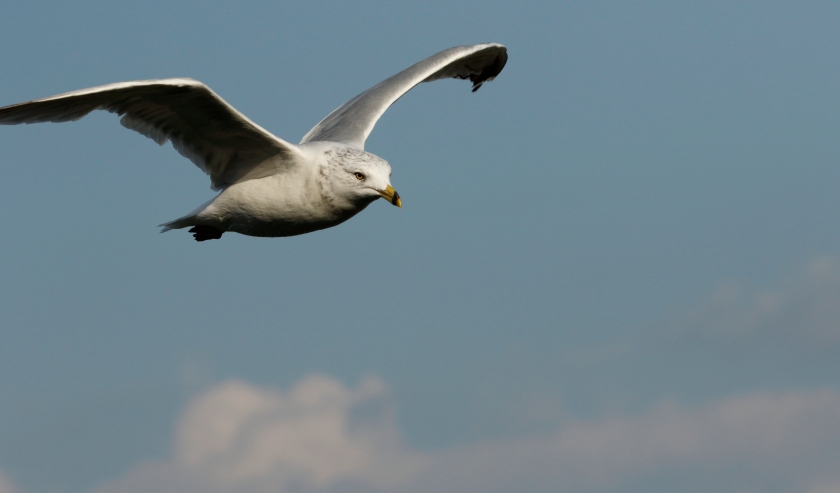 It is said that a large Trumpeter Swan inhabits the northern shores of Lake Temiskaming and is responsible for assigning large numbers of seagulls to do their daily chores. Sixteen seagulls to McDonalds, eight to Kentucky Fried, thirty-six to the town dump…and so it goes.

While in Temiskaming Shores,  Cricket and Sapphire decided to check out this unlikely rumour and spent a day kayaking the north shore of the lake, finding no evidence of a swan.

They did manage to take this photo of a gull as it cruised along a beach area in front of their hotel.

It was a cold November day, snow was being whipped around the rocky cliffs of Gros Cap, and the winds off Lake Superior were stronger then they had been all month.

Mutt Jefferson had just finished closing up some outbuildings when he spotted a gull in some distress. The gull’s flight was awkward and disoriented; it seemed to have no sense of direction.

Mutt finally got a net over the bird and brought it inside. Once there, he discovered a band on its leg: “Imidacloprid 1% of diet.”