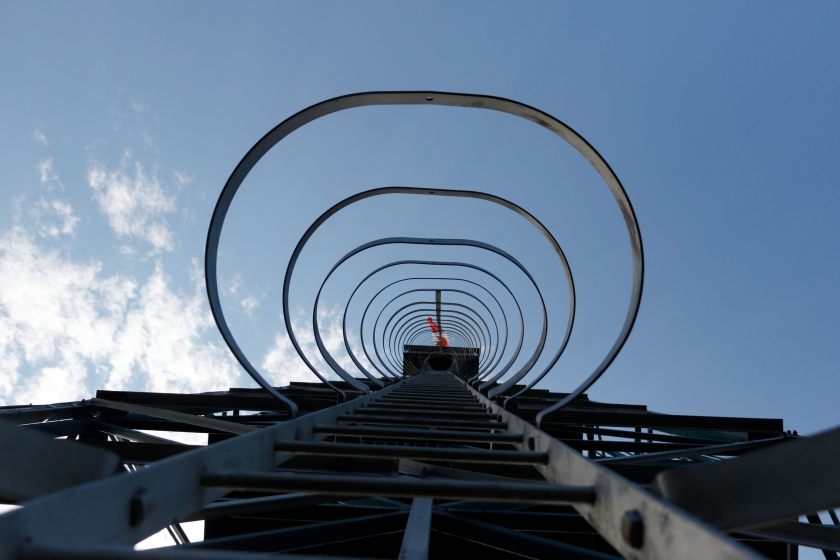 Unlike the depraved bastards in Arkansas who throw live turkeys from an airplane to their deaths, Mutt Jefferson does quite the opposite. Once every three months Mutt climbs this tower with a peregrine falcon or two and gently encourages them to do what they do best.

This year Mutt released seven falcons; one seagull he rehabilitated from ingesting copious amounts of pesticides was also released.

Miles Hobbson, former deputy premier of Nevis, uses the platform atop this tower to record observations of UFO’s coming to earth from the regions around the star Mizar.

Equipped with a powerful telescope, Hobbson claims to have triangulated touchdowns in Beaver County, Pennsylvania, Halifax Stanfield International Airport, San Francisco, London, England and of course his beloved Nevis. To date, Hobbson has not offered an explanation of why these visitors are landing on earth.