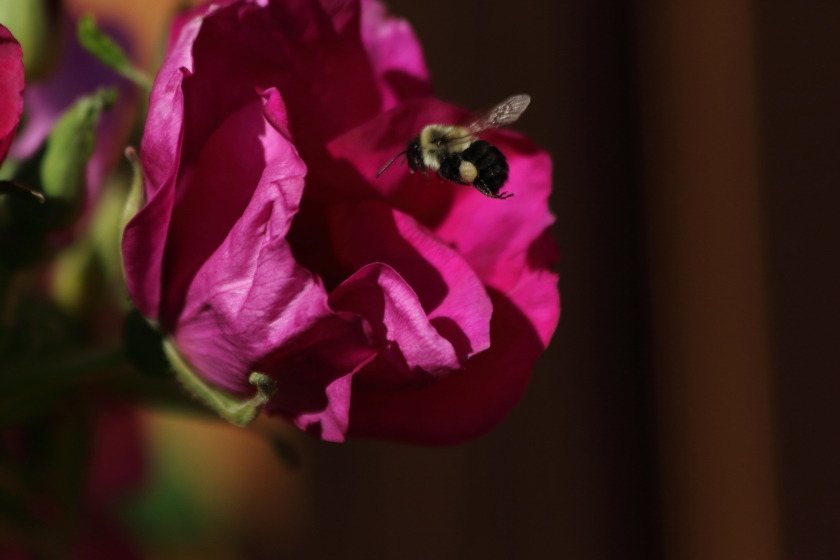 A second incident of troubling insect behaviour has been documented in the San Francisco area. Frank James and a fellow researcher from the University of Missouri and their wives were just sitting down to dine at the Seven Hills restaurant on Hyde St., when hordes of bumble bees entered the establishment and started buzzing the patrons, paying particular attention to James and his colleague.

A local photographer, in the restaurant at the time, seemed to think the bees had no malicious intent and took this photo of what he thought was the bee leader. After five minutes of bee buzzing, the culprits were seen heading in the general direction of the Crissy Field Marsh.

INSECT agents Graham and Smith were recently dispatched to the Halifax Stanfield International Airport to capture bees that originated from London, England and had escaped before they were to be quarantined. Graham and Smith quickly realized these were wily bees, adept at eluding capture.

Several days passed with only the above pictured bee having been captured; and he seemingly volunteered himself into the waiting bee trap. Complex bee DNA analysis, carried out at their Northern Ontario compound, indicated this bee to be a direct descendant of the bees MI6 used in the 1970’s in covert communications experiments.