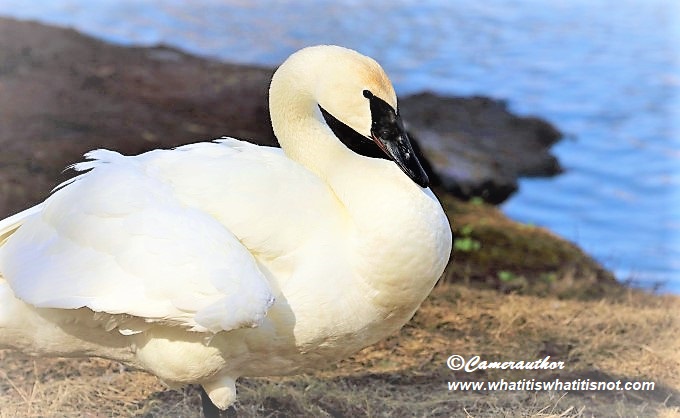 Every Monday morning five crisp Benjamin Franklins arrive in Davey Doucet’s mailbox. The bills come from a lawyer’s office in Halifax and the lawyer said attorney-client privilege did not allow him to divulge any information to Davey.   So, Davey’s anonymous five hundred dollars a week now bank-rolls his private investigation business.

He’s a busy lad, criss-crossing Canada and the United States trying to solve some interesting mysteries. A few weeks ago, Davey was up by Willis Mountain near the scene of a fatal car accident involving a former employee of the Nova Scotia Lands and Forests Department. The employee was the province’s herbicide specialist back in the 1980’s and his name came up in conversations he has with department officials and students from Dalhousie University. Davey’s interest in the accident scene bore fruit when, as he was walking along the highway where the accident occurred, a swan, swimming along a roadside pond, began pecking at a piece of metal along the ponds edge.

One of Sapphire’s great joys in life is to watch Cricket open his birthday present. First, he eyes it up from a distance, strolls excitedly to the table it sits on, picks it up and gently shakes it, looking for clues of what might be inside the box. Finally, the paper is ripped off and, in this case, he admires the drone inside.

The drone was a great idea and travelled with Cricket and Sapphire on there many adventures. In fact, it finally solved the mystery of whether a swan on Lake Temiskaming orders seagulls to their daily destinations in the towns surrounding the lake. Cricket’s drone took this photo of the swan on the north shore of Wabi Bay just as the last of the seagulls took off for nearby Temiskaming Shores.