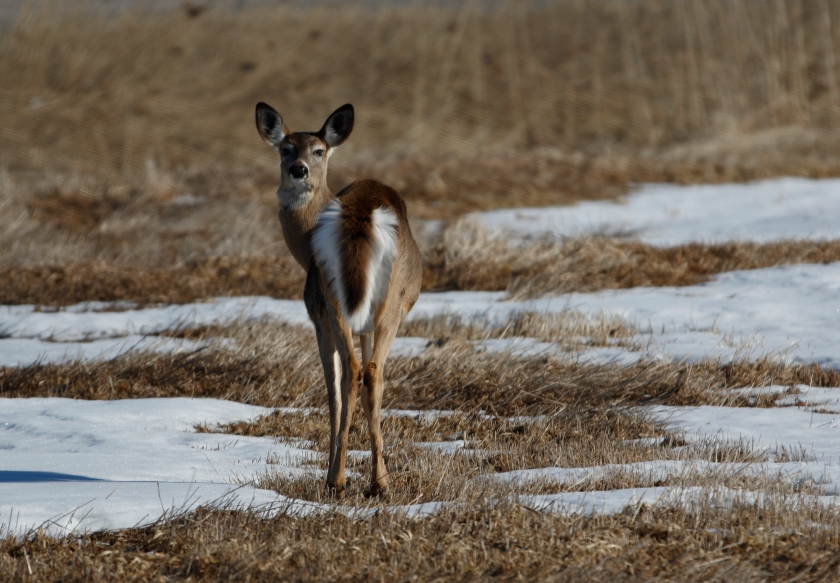 It always happens…it’s like a Murphy’s Law thing…when you need the flashlight, the flashlight won’t work. Davey Doucet waited a few moments, gently slapped the thing into the palm of his right hand, then unscrewed the front end of the light and peered at the two dead batteries. Doucet pushed on!

As his eyes grew accustomed to the dark, he wondered what his four- legged partner was up to in the other tunnel. Undeterred, Doucet estimated it was forty-five minutes from the time he entered the tunnel to the time he exited. The tunnel ended as it started, with a cement stairway, this time leading to the basement of a small United Methodist church.

Doucet made his way out of the church, startled to see a deer only a few feet away. It was as if the deer was beckoning to Doucet, so he followed it along a fence line and into a thick woodlot. Doucet marvelled at the size of the trees, how they made the air smell sweet and how dark and quiet the forest was. As he followed the ungulate he came upon a small cabin that appeared at least a hundred years old and the couple sitting on the chesterfield maybe seventy years old.

The Conservation Officer had just stopped his truck when four shots rang out. It was small arms fire coming somewhere just north-east of where he stood. He was alone and justifiably nervous as he approached the two men holding handguns.

Klaus Wagner and Peter Lehmann quickly obeyed the officer, explaining they had just shot over the head of a white- tailed deer…just for laughs…not intending to hit it. They said they were staying at a lodge on Lake Tomiko, recently up from Louisiana for a little vacation and adventure.

While Michaels was checking their passports and related documents, a message popped up on his computer screen indicating these two men had outstanding immigration warrants and were to be immediately transported to the immigration center in Toronto, Ontario.

Michaels drove the pair to the North Bay airport where they were met by two agents from Immigration, Refugees and Citizenship Canada. After pleasantries and documents were exchanged, Michaels watched as the four boarded a small plane bound for Toronto.

Seven days had passed since the incident, when Michaels received a memo from the Ministry of Transportation regarding some irregularities regarding Wagner’s drivers license. He contacted the immigration department in Toronto with this new information and was told in no uncertain terms that warrants for Wagner and Lehmann did not exist and no agents were dispatched to the North Bay airport.