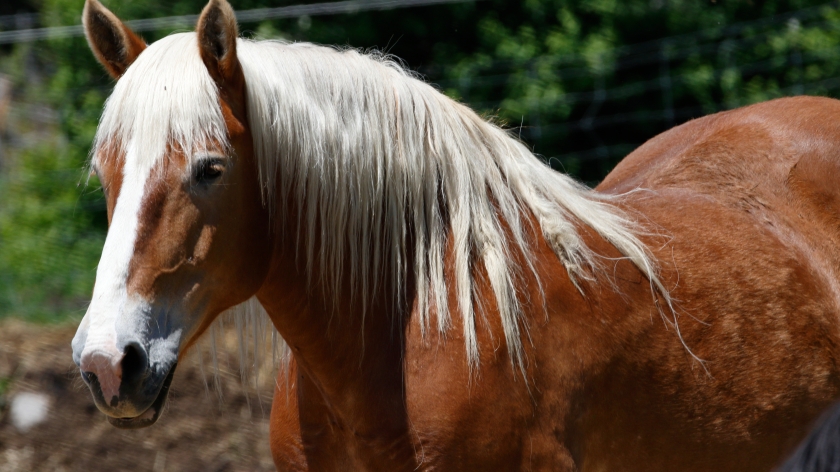 From outside his kitchen window Beany Blair could see a large chestnut colored mare standing near the shoreline, not moving much, mostly nibbling on some long grass, as if waiting for someone, or something. Beany knew most of the horses and their owners around the bay, but this one was unfamiliar.

Throughout the day he’d sneak a glance out the window, sometimes the horse was there, sometimes she was not, but always close by. After supper Beany decided to visit the animal to see if he could figure out who it might belong to.

He approached a gentle soul with a sweet disposition who seemed intent on keeping company with a stranger pacing in a sea cave several feet below ground. Beany went back to the house, got a good length of rope and the two of them hoisted Basil McCormik out in no time.

Johnson and Williams were absolutely stunned by the prospect of being ‘thought’ out of holding on to the dog catchers pole and utterly blown away by being ‘thought’ out from the tunnels and dumped into a farmer’s field…by teddy bears. But it happened and there they were.

INSECT was suspicious of the Boston Canine Unit and Johnson and Williams were ordered to take one of it’s members and bring it back to the compound. Having failed, they contacted their supervisor for further instructions and were thoroughly raked over the coals and told to return to the tunnels and finish what they started.

Resentful, they began trudging out of the field toward the tunnel entrance. Heads bowed, they didn’t notice her at first, but just before they would have been trampled they looked up, both diving in opposite directions as a chestnut colored mare with several teddy bears and a small dog aboard charged by them.