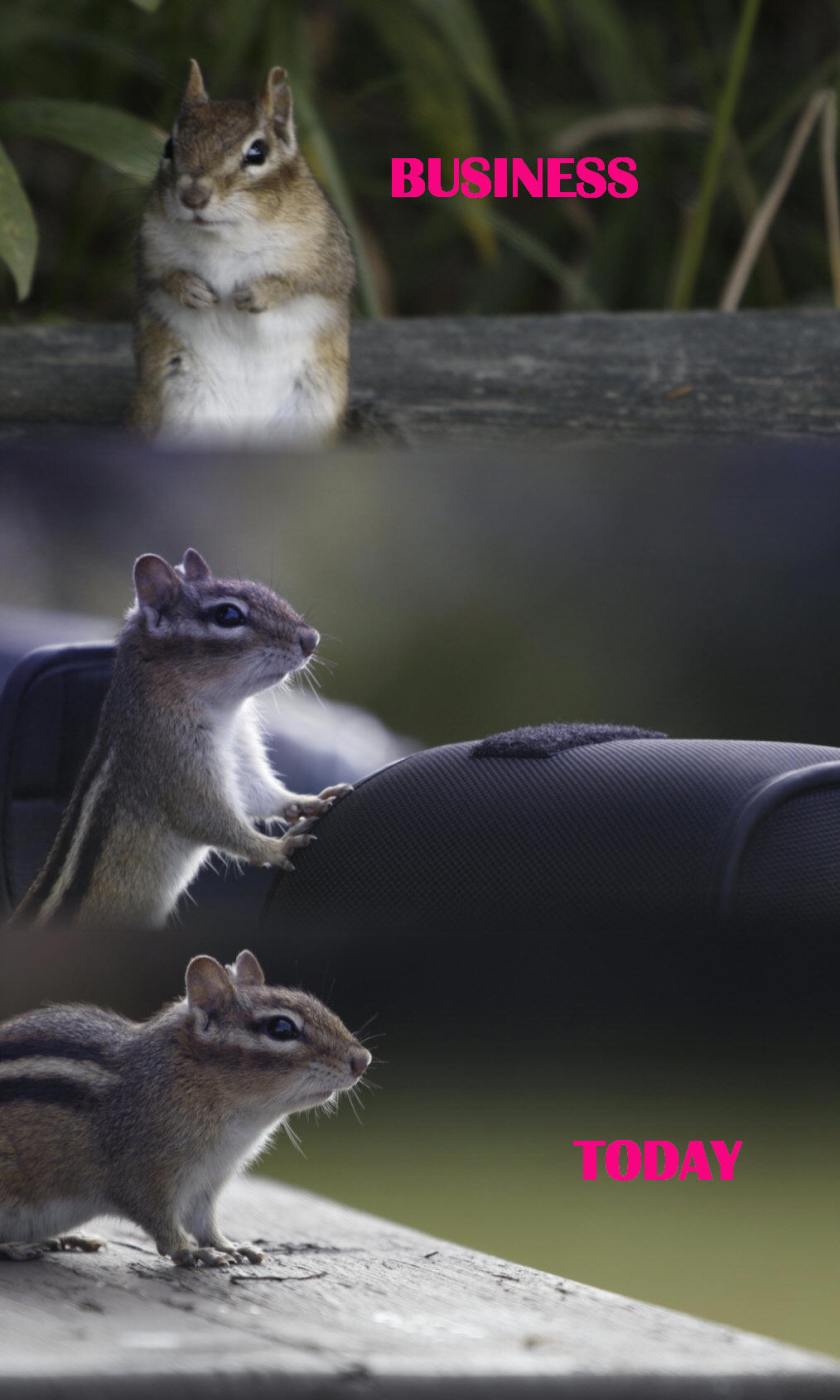 It was a strange sight watching Stacks McDonald and the three chipmunks strut into the Chapleau Legion, all wearing aviator sunglasses with the munks outfitted in tiny, leather saddle bags containing sunflower seeds. They burst through the main door mimicking a rooster cock walk, sticking to the perimeter of the hall, feigning interest in the photographs of the veterans hanging on the walls. They sauntered about, convincingly  ignoring the three well dressed gentlemen seated at a table at the far end of the hall.

Suddenly, a door slammed, the deafening sound echoed around the room and all eyes turned toward a large door at the side of the hall. A large, imposing man stomped through the doorway and into the hall, Slim Clemons was grinning ear to ear.

Later, Slim declared it was the easiest negotiation of his long business career. In exchange for mineral rights at the Three Chipmunk Ridge, the munks were guaranteed a LIFE time supply of sunflower seeds and Stacks McDonald was Slim’s new VP of explorations.

The clichés are numerous: you don’t miss your water till your well runs dry, a bird in the hand is worth two in the bush, you never know what you’ve got till its gone, there’s no business like show business…forget that last one!

These idioms summed up what the managers of a major bank in Oslo, Norway were feeling about an austerity program that saw them lay off a number of Canadian chipmunks a few years ago from their customer service department. Realizing the folly of this policy, attempts to train native Norwegian red squirrels in customer service failed miserably and efforts to find the original chipmunks proved impossible.

The managers realized this was where the rubber meets the road, where there’s smoke there’s fire, where the sun don’t shine anymore and where chipmunks wear sombreros and drink tequila. So, they did the only thing they could do, erect a plaque to three noteworthy chipmunks and place it in the lobby of their largest bank.