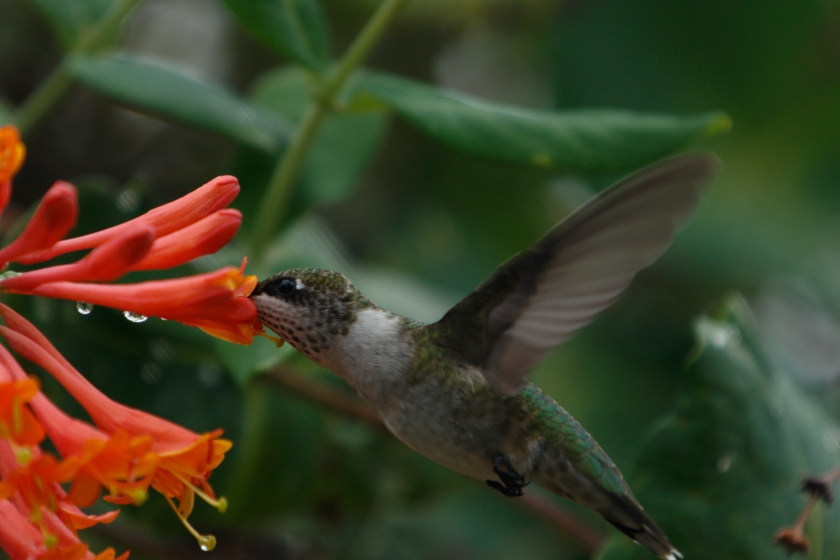 Frank James was a well known Entomologist and considered a thoughtful scientist with interests and insights well beyond his field of expertise. On this evening, as he sat across the table from Dizzy and Bella, he thought of the people who capture and kill hummingbirds for some religious, voodoo, pseudo-sexual reason believing they will be somehow elevated into a higher plane of human existence. The birds are attached to bracelets, necklaces and assorted trinkets that promises to deliver the possessor to a transcendental reality. James knows he is a white, privileged first worlder, but can’t shake the belief that these types of rituals are born of ignorance.

Dizzy and Bella are now strangers to James, they have morphed into eco-warriors, wide eyed environmentalists who believe they know the answers to the world’s ills. He wonders if they are similar to the people who perform this hummingbird sorcery; emotional, irrational, but staunch devotees to their principle. His long search for Dizzy and Bella is over but it is clear he has not yet found them.

Graham was looking out his floor to ceiling window, his phone in his left hand glued to his left ear and in his right hand a list of agents he was trying to contact. He was flustered, pulling at his necktie, straightening it to the left, then the right and finally pulling it off altogether. He was having great difficulty finding someone for his time sensitive assignment and as he paced across the office floor he saw the helicopter appear on the horizon.

Cathy stood in the corner, head bowed, listening to her boss. He aggressively pointed his index finger in her direction, shouted she was all he had and ordered her to the rooftop. Climbing into the chopper, she knew it would be a difficult chore finding Graham’s trained hummingbird.