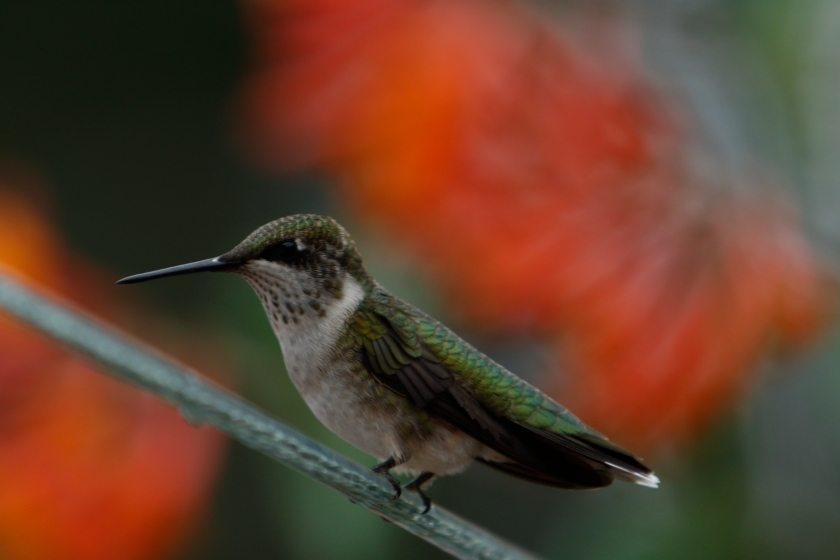 Cathy Jennings bought a canary cage and carefully smothered it with a fine mesh net so Graham’s prized hummingbird would not escape again. With the INSECT helicopter in the Beaver County airport for repairs, Cathy rented a car to get her precious cargo back to INSECT headquarters safely. The Enterprise Rent-A-Car business in Beaver Falls was swamped with customers looking for transportation and when Cathy arrived in the late afternoon there was only one car left, on old Volkswagen Jetta that spewed copious amounts of black soot from the tailpipe.

Having no alternative, Cathy rented the old nugget and headed up the 351 toward the 79. As she approached the Beaver River she passed what she thought was a strange sight…an old van, a couple of knights, a lot of frogs and a small horse with, perhaps, a blind man mulling around. Undeterred and with no time to stop, she and the belching Jetta continued on to the 90 to Buffalo where she crossed into Canada.

Norah Sampson pushed her oversized linen cart from room eight to room nine.  The warm morning sun bounced off the motel brickwork pushing a thermal wave against her. She stopped briefly at room nine to inspect the yellow DO NOT CROSS police tape, then moved along to room ten, glad she had one less room to clean. Norah was vaguely aware of an incident in room nine and spent most of her week trying to avoid policemen and government people hanging around the motel. The next week saw the yellow tape come down and far less people about, but still a strange presence filled the air. Of particular interest was a hummingbird which frequented the motel room’s window, darting back and forth, occasionally hovering in front of the big window as if trying to get a glimpse of what was inside the room. Eventually the bird flew away but not before Norah noticed a small band on its right leg.