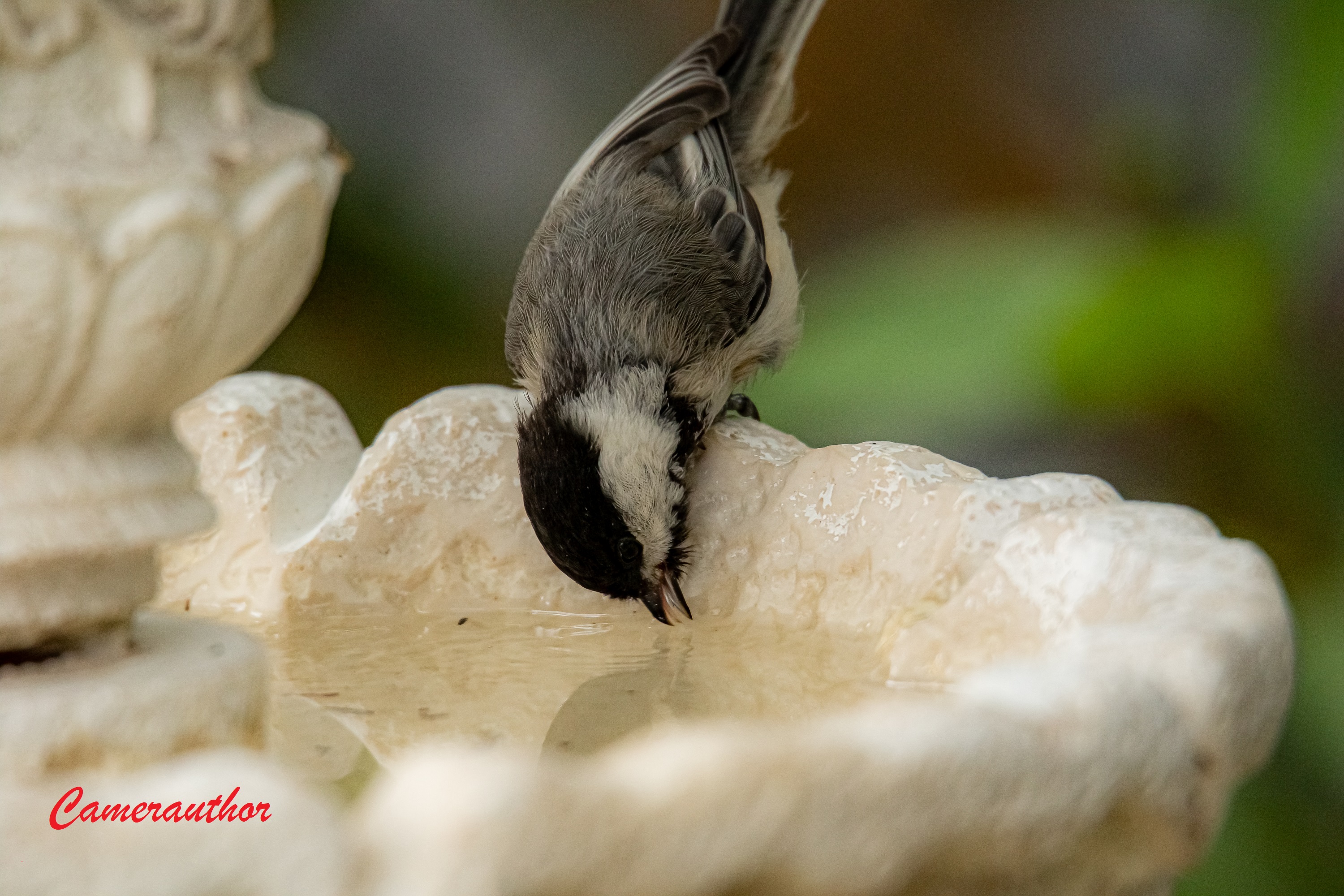 Drake Johnstone sat awkwardly on a sharp rock that became, over several decades, an integral part of an unrecognizable piece of farm equipment that remained behind when homesteaders scattered into the winds. His thoughts today were not of these souls, but instead of how a funky chickadee may have saved his life, although not through any heroic deed on his part.

Drake fed the birds in the small corner of his world, and a preponderance of the winged charges were chickadees. Over time he came to realize that individuals in the group not only had different personalities but upon close inspection each individual looked very different from one another. It followed from this, that Drake would assign names to the various birds; Freddie could be hand fed, as could Chauky, Buck and Tailfeather. Fanny would eat seeds from the hat on Drake’s head but disliked the feel of human flesh below her feet. Chester was the most gregarious of them all; hand feeding, hat feeding and even tapping on the kitchen window when the seed supply was getting low. He’d follow Drake to the water well and the woodshed for  no apparent reason…like a dog with wings.

Drake had been gone most of the day, doing some landscape sketches near Devil’s Mountain. Nearing the cabin, Drake spotted Chester in the fountain taking a drink and a few hundred feet beyond that two scruffy transgressors with ill intent written across their faces.

Morley suggested his guests enjoy the canoeing and fishing on the river and if trail exploring was more to their liking, the pine ridge nature trail would certainly please. They were encouraged to swim at the beautiful sand beach, play frisbee golf on a wonderfully manicured field or even bat around some baseballs on the lodge’s regulation diamond, but it was strongly suggested to stay away from an old barn up the road because strange occurrences were known to take place there.

Marie was on a solo trip, taking in everything Northern Ontario and getting as far away from the Arizona heat as possible. Choke cherries were on her mind, so early on a Sunday morning she left the lodge with a small bucket in her hand and started on her day’s adventure. She followed a stream, crossed over it on a fallen tree, walked up a steep hill then heard an odd thumping sound.

A knight repeatedly smashed the ground with his sword, sparks flew, and rocks exploded in all directions and water gushed from the ground. The knight moulded the rocks into a white fountain and ancient water bubbled up from the ground into it. The knight spoke in a language Marie didn’t understand but she thought it was a dedication of some kind. Insects by the thousands left the nearby barn and hovered over the fountain but it was a lone chickadee who was the first to drink.