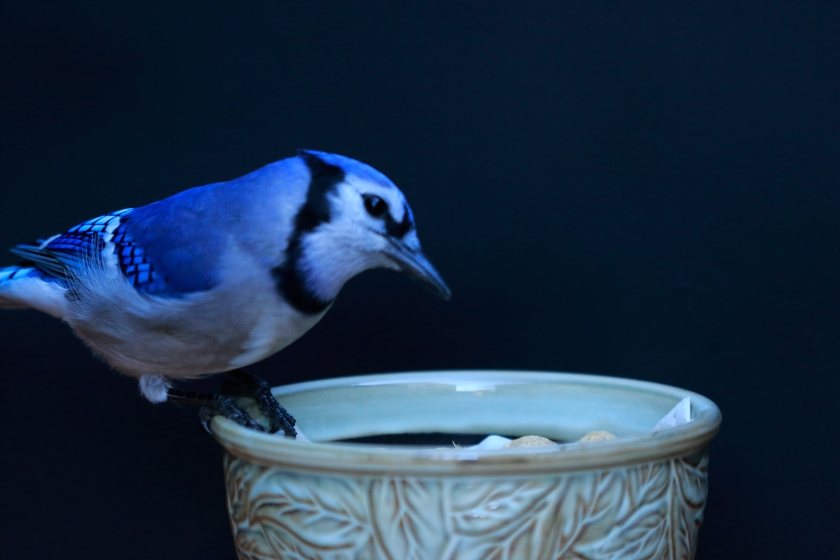 Cinder Willoughby wanted to know where the critters were disappearing to when they went under the stone trestle near Ellwood City, Pennsylvania. He cleverly developed a super micro biodegradable GPS that he placed inside peanuts destined for the stomachs of blue jays that frequented the area.

He crafted four GPS’s and the birds quickly devoured them before disappearing beneath the stone trestle. Willoughby fired up his laptop and watched in disbelief as the jays crossed vast distances in just a few minutes. One crossed the US/Canada boarder heading to Sault Ste. Marie, Ontario, another to Boston Massachusetts, the third to San Francisco and the fourth flying to the open waters of the Caribbean.

It is a well-known fact the Bohemian Waxwings will often flock together sharing their food among one another. Mutt Jefferson observed this behavior one evening at Mississagi Provincial Park as he was admiring a huge motorhome pulling into a campsite. The waxwings, sitting in a stand of Pin cherries, were passing berries from one bird to the next until one would decide to eat the fruit.

Interestingly, a number of blue jays watching this exhibition of communalism, started sharing acorns with one another.