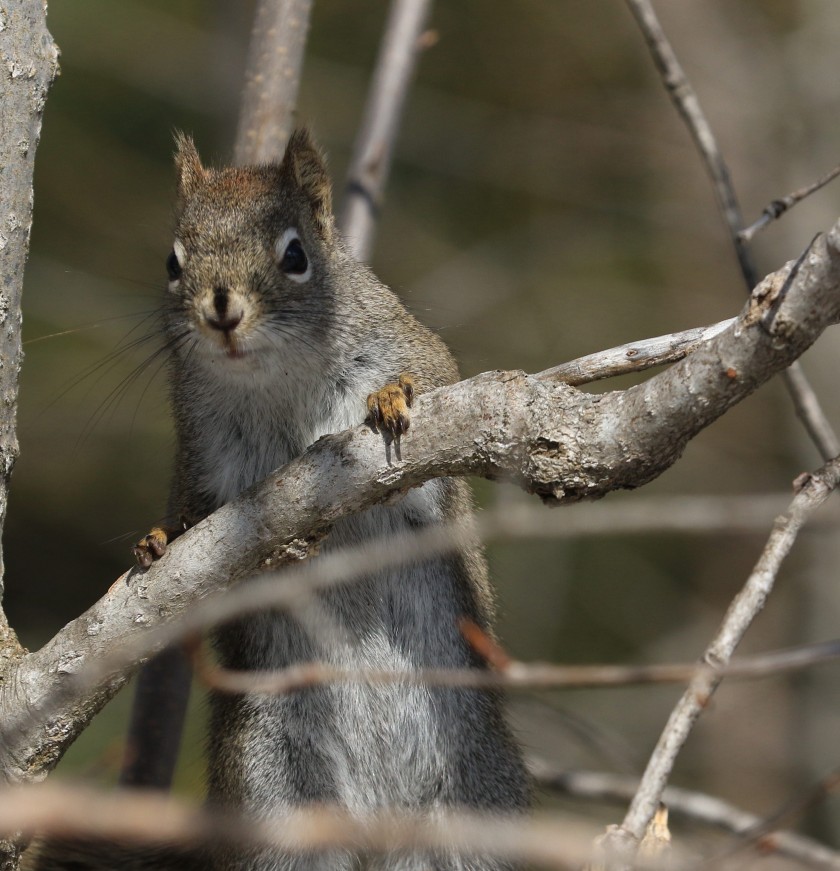 As per his instructions, Davey Doucet was finding out as much as he could about Graham and Smith. The INSECT compound just outside Haileybury, Ontario was a sprawling facility with hectares of flat, open land surrounding it. Doucet set up a telescope several kilometers away to watch the pair as they came and went, but this was not providing tangible results. What he needed was a way to get inside the compound, but with INSECTS’s paranoid-like need for security, this would prove most difficult.

Doucet’s prayers soon would be answered, when a casual conversation between himself and Mutt Jefferson revealed Mutt had outfitted a squirrel with a listening device and then trained it to hangout around peregrine falcon nests, so Mutt could study the eyasses. Mutt assured Doucet the squirrel could help him with his dilemma.

The trip by freighter from Oslo, Norway to Halifax, Nova Scotia was brutal, due to high winds, choppy seas and a lack of food and water. When the freighter finally entered the calm waters of the harbour, relief was evident on the faces of each and every chipmunk in the hold. Once tied up, the munks were hastily brought up from below, thrown into the trunk of a taxi and unceremoniously dumped in Point Pleasant Park, in the city’s south end.

The munks were on their own, and as a throng of local munks inched closer to them with dubious intent, a large red squirrel appeared. He talked a good game, convincing the freighter munks that life might not be so pleasant at this point, and they should consider following him to the Chapleau Game Preserve where interesting things were happening.

A second incident of troubling insect behaviour has been documented in the San Francisco area. Frank James and a fellow researcher from the University of Missouri and their wives were just sitting down to dine at the Seven Hills restaurant on Hyde St., when hordes of bumble bees entered the establishment and started buzzing the patrons, paying particular attention to James and his colleague.

A local photographer, in the restaurant at the time, seemed to think the bees had no malicious intent and took this photo of what he thought was the bee leader. After five minutes of bee buzzing, the culprits were seen heading in the general direction of the Crissy Field Marsh.

INSECT agents Graham and Smith were recently dispatched to the Halifax Stanfield International Airport to capture bees that originated from London, England and had escaped before they were to be quarantined. Graham and Smith quickly realized these were wily bees, adept at eluding capture.

Several days passed with only the above pictured bee having been captured; and he seemingly volunteered himself into the waiting bee trap. Complex bee DNA analysis, carried out at their Northern Ontario compound, indicated this bee to be a direct descendant of the bees MI6 used in the 1970’s in covert communications experiments.

On a whim, Sapphire and Cricket headed to Washington D.C. aboard an Amtrak train to hear a speech by Fred Singer, a prominent U.S. climate change denier. During a stopover in Beaver Falls, two scruffy men in bad suites boarded the train and sat across from Sapphire and Cricket, both clutching maniacally to manila file folders. Within thirty minutes of departure, the smooth swaying of the train and the rhythmic clacking of the wheels caused the men to fall asleep, the contents of their folders dropping to the floor.

Sapphire and Cricket  inspected the documents for a few moments. They had never heard of INSECT and were genuinely surprised to see their little village of Wanapitie listed with all the other places. As all this was sinking in, the two men began to move, and Sapphire hastily placed the folders back on their neighbours’ seats.

It was a warm afternoon, and Frank James was in one of his favourite places on earth: the Mark Twain National Forest. Walking along the edge of the Eleven Point National River, James came across this curious looking fellow among the shrubs at the river’s edge. As James approached, a wickedly huge widow maker broke off from a pine tree adjacent to him and crashed to the ground missing him by no less than a foot. As James collected himself from the near-death experience,  this curious little insect flew very close to him and in James’s words, “winked” at him.

The compound has seen hundreds of people coming and going in recent weeks, including the arrival of Monsanto’s Dr. Micheal K. Stern and University of Missouri’s Frank James aboard Samantha Gallant’s Cessna 182. Although not employees of INSECT, it is believed that they were consulted on several projects.

Equipped with an Olympic sized pool, a full gym, a track and field oval and a new frisbee pasture, philanthropist Jason Brisk has donated this facility to the International Canine Olympic Committee as a place for canine Olympians to relax and prepare for upcoming events.

Currently occupied by the Olympic teams from Nevis, controversy erupted at the facility when canines from North America and Europe accused Team Nevis of doping during the last Olympics. 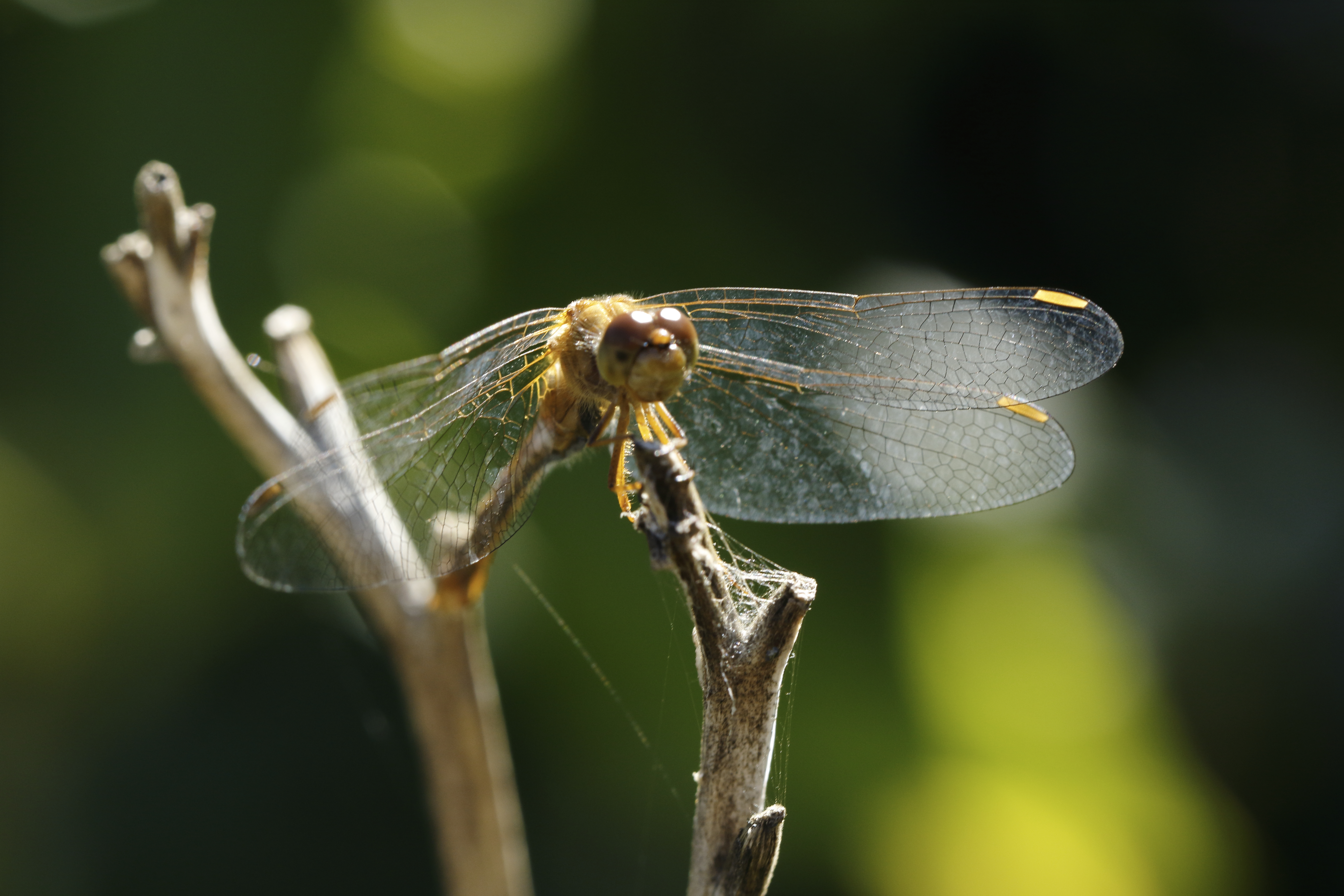 The newly formed task force made up of the RCMP and the FBI has welcomed United Kingdom’s MI6 into the fold and the new organization is now known as INSECT (International Native Species and Exotic Creatures Tribunal).

In its first significant break through, INSECT released this photo of one of the culprits they believe participated in the kitchen attack at the Fisherman’s Wharf in San Francisco. It is INSECT’s contention that this dragonfly used its wings to prop open of a ceiling exhaust fan allowing throngs of other insects access to the kitchen area.

The missing student, daughter of a Beaver Falls counsellor Drake Johnstone, was on a field trip with her entomology class when she was reported missing. As darkness fell and panic was setting in, a rookie patrolman spotted this dragonfly hovering and darting repeatedly over a rock outcrop. Curious, the patrolman went to where he observed the dragonfly and found the girl, tired but unharmed.

Coincidentally, when a pilot of a small aircraft who recently rescued the mayor of Beaver Falls was asked how she found the mayor, she simply replied; “ I followed the dragonflies.”