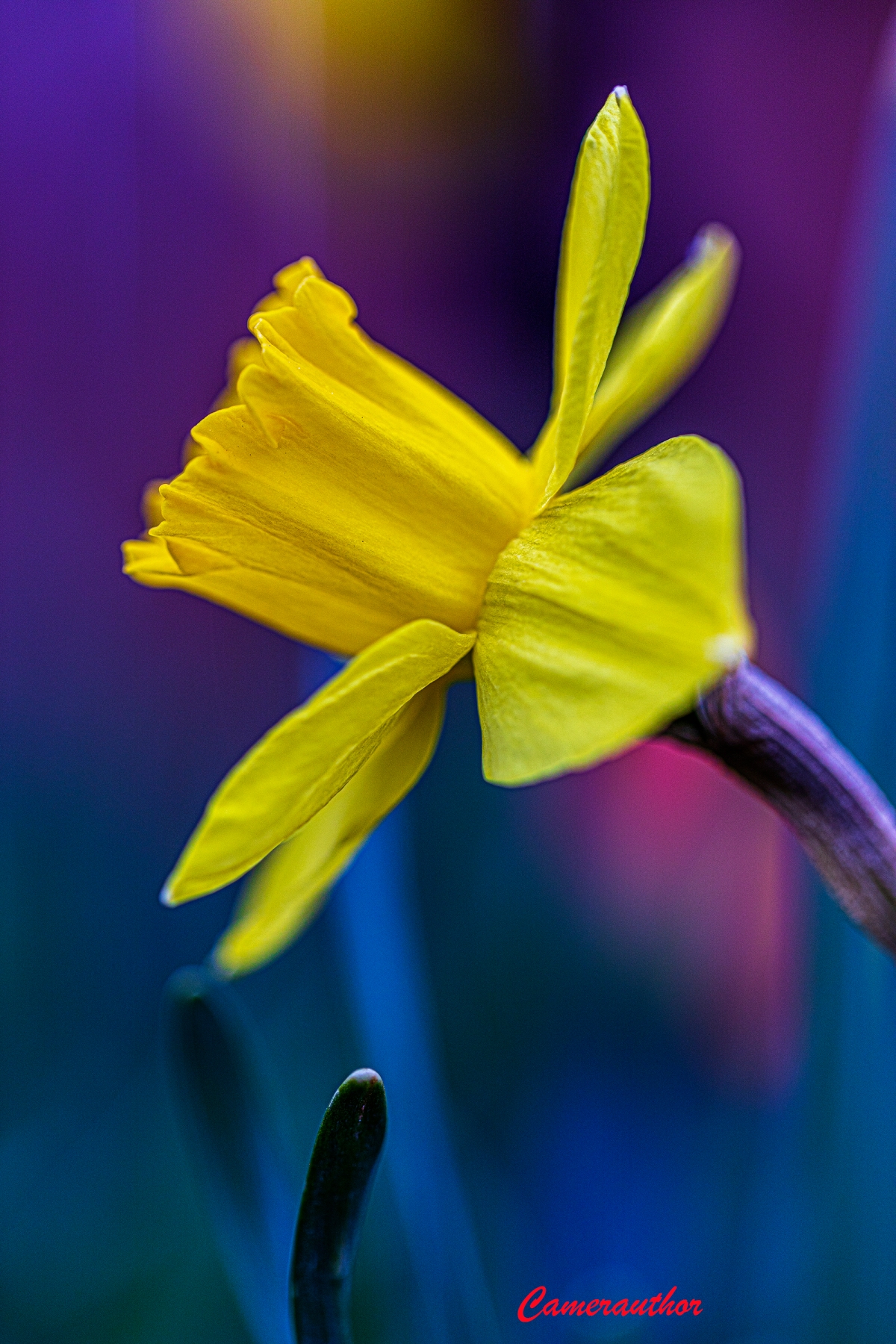 Feather couldn’t decide if a daffodil represented the beginning or the end, or if there was much difference between the two. The middle takes up all the oxygen in the room with its futuristic plans, the assertions of forward paths and the division of resources allocated. It struck Feather as a lazy, almost comatose path that we stumble along, in our desire to make statements of matter or embrace principles to uplift when the allocated resources are squandered on the likes of space tourism that claims to be wrapped up in human ingenuity along with a savior complex that equates homelessness, starvation and malnutrition with projects not befitting the great wits of this immense middle. Sagging under the weight of this absurdity is the ticking time bomb that needs no revelation except the revelation that privilege is the trump card that spirals the middle down into complacency or fear or awe or perhaps a simple retreat to friends and family where denial if the only friendly face left. Kicking at this cat of industrial farming, of fearless air travel, of monolithic clear cutting gives rise to questions of who in the middle controls this or is control found around the edges where our heroes linger, taking flights of fancy before everything is grounded. We haven’t been around that long but eight billion of anything will have an impact on strength, on resilience, on what determines the difference between the beginning and the end.

The daffodil was out of sync with the season, but like many things associated with Mrs. B., what had to be done would get done. Feather’s convalescence was guided by fowl smelling poultices, aromatic root gum soups and mysterious groans and chants Mrs. B. delivered every morning, along with a single daffodil. Feather’s ancient armour held up surprisingly well against the onslaught of INSECT’s munitions, but it was Mrs. B.’s weeks long vigil that brought Feather back. Feather knew she eluded her end, which would now mutate into a new beginning and a fight for a middle of an ever shrinking slice of humanity.

Ritual wants to leave, it wants to be forgotten and thrown on the slag-heap that idiots and fools have created, nurtured, and honoured since crawling out of the ooze. That said, ritual is not about to don a tuxedo, grab a Burberry umbrella and stroll out of the fortress and mingle with the minions that prop up its existence and carry it to victory as if all is well that ends well. Ritual is in the fight of its life as marriage retreats, funerals fade, and friends and relatives give up the bore-fest of vacations together. Glib graduations are still in vogue, as are excruciating office parties. Indeed, many people still shuffle off to church, despite what we have come to learn about that cult. Legions honor the fallen, front line workers are celebrated and even the lowly movie star has a yearly night on the town. What does all this mean? It means this – the daffodil does not get a day off – it symbolizes a cancer fight or a spring festival or a hospital pick-me-up or what ever meaning we assign to it.

Ritual may want to leave but we have stolen its shoes, hid its jacket and cancelled the bus it was supposed to leave town on. Not only are we wired into our past, but we are warped and arrested by the what we perceive are unshakeable destinies of guidance and truth. Do we tote these rituals around forever, do we create new ones, do we unbind from social and economic practices and shove ritual out of our lives? Some will, some won’t, but the next time you see an empty bus rolling down the highway you may wonder what might have been.