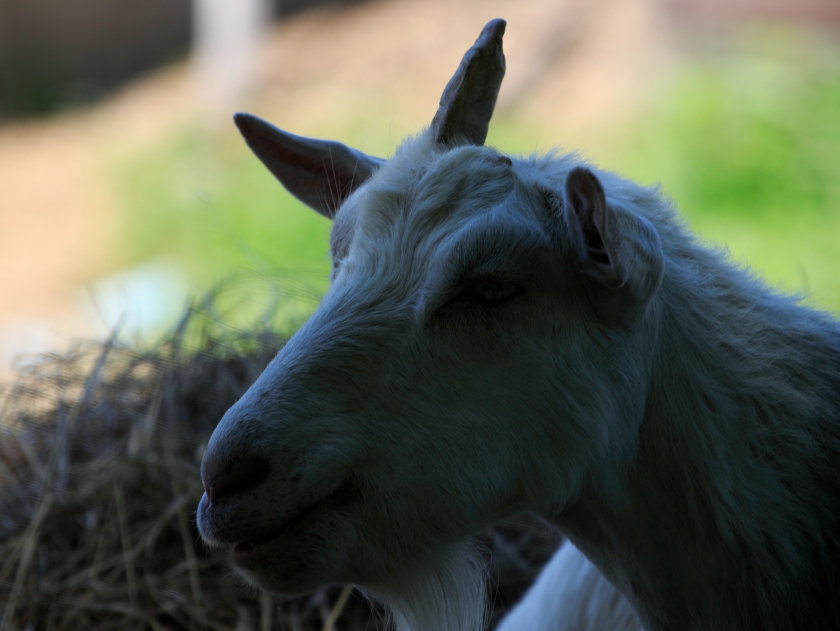 Ellie learned the hard way her telekinesis abilities, though remarkable, were not limitless. Standing on top of the main tower on the Anges L Macdonald bridge, it was Ellie’s intention to transport herself to the Shetland Islands, some four thousand kilometers away. A soggy and nearly frozen Ellie was picked up by a passing tugboat twenty kilometers outside of Halifax harbour and dropped off at the very same pier her adventures began several years ago.

The fairy gave Ellie instructions to acquire thirty seven strands of chin whiskers from Alban, a wise and noble goat living near Setter on the main island. A miniscule piece of his whisker sewn into a black velvet hood would neutralize the hoods powers and allow teddy bears to continue using telepathy and telekinesis.

Ellie needed to get across the Atlantic and her old friend Slim Clemons came through in spades as one of his container ships was leaving Halifax in a few days bound for Oslo, Norway. The captain told Ellie he could come within ten nautical miles of the Shetland Islands but Ellie would have to find her own way ashore.

Having never seen a teddy bear before, Alban was a bit bewildered, but he turned out to be a fine goat, an empathetic goat with a sincere desire to help Ellie. He gladly donated his chin whiskers and wished Ellie all the best.

Ellie grabbed the same freighter back to Halifax and made her way to Flat Rock Indiana where a small  manufacturer, Black Velvet Garments, had the sole contract with INSECT to supply them with hoods. Slim, who owned the company, promised Ellie a tour of the facility upon her arrival.