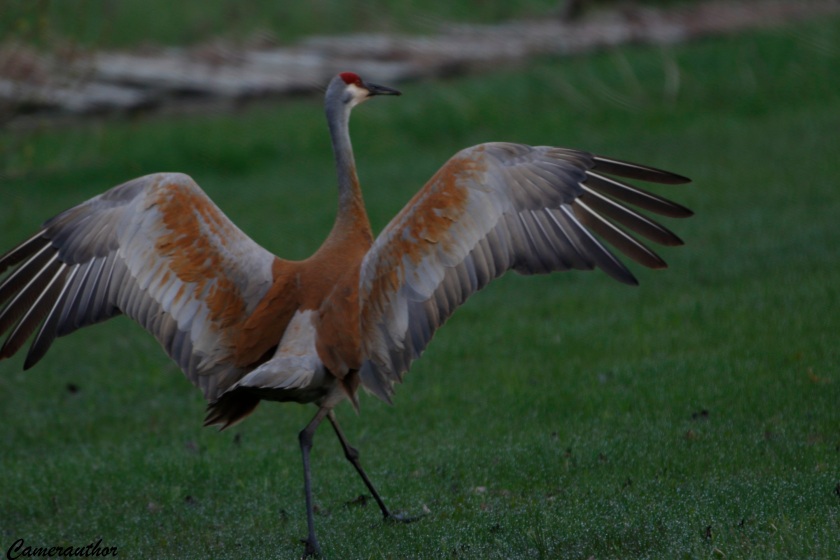 There was only one person she knew of that still writes in longhand. Jaden studied the white envelope, smiling at the large looping J’s, the exact forty-five degree slant of the letters and the tape measure placement of the dots above the i’s. She had not heard from her cousin Jack Sampson in many years but now it seemed he was reaching out for some reason.

The letter explained how Jack’s sister Mary regained her sight after a fall but was now losing her ability to speak as she became more and more reclusive, withdrawing into the natural world of wild flowers and birds and animals that inhabited the area around his farm. Jack was at the end of his rope: could Jaden take some time off work and come out to the farm.

Jaden fired up her Harley at 5AM and left New Orleans in the driving rain, arriving at Jack’s place that evening. She didn’t know why, she just cruised past the farmhouse, down a tractor trail to the large pond on the back forty. Mary stood watching a sandhill crane dance at the water’s edge and for a moment they seemed to dance together before the bird flew off.

Johnson and Williams had a two hour wait that could easily stretch into three hours and most likely turn into four hours as they waited for Miller and Davis to arrive at the Amtrak station in Greensburg, Pennsylvania. Johnson was content to lay out in the back of the van, but a restless Williams decided the three munks would eventually chew through the burlap bag that was their prison, so he decided to go for a walk, find a pet store and buy a cage to house the little critters.

Williams grabbed the sack of munks and started walking in a random direction, not really sure where he was going or if he’d find what he was looking for. Friendly folks on the street pointed him in the direction of Lucy’s Pet Village and assured him she had a fine selection of Havahart cages. As random as his walk was, what happened next was equally random. Having finally decided on a cage, Williams walked up to the cashier to pay when a middle aged man in front of him pulled out a water pistol and demanded money from the register. It was all over in seconds, the robber was tackled by an off duty officer who identified himself as state patrolman Ned Doucet, but Ned was conked over the head with a large can of dog food and the robber escaped on a small child’s tricycle.

Williams walked along the sidewalk reliving the events until he came across a small stream with a most unusual name…the Coal Tar Run. He sat down on a bench along the stream, put the sack of munks down beside his legs and started reading the labels on the Havahart cage box. It was at about this time when a really large sandhill crane swooped down on the unsuspecting agent, grabbed the sack of munks in his ambitious beak and took off for parts unknown.